Bill Kenwright presents the multi-award winning production of Cabaret. Since its Broadway premiere in 1966 and the famous movie version with Liza Minnelli and Joel Grey, Cabaret has won a staggering number of stage and screen awards including 8 Oscar's, 7 BAFTA’s and 13 Tony's...

Ever since winning the inaugural series of Pop Idol in 2002, Will Young has been one of the UK's most popular and successful music artists. He holds the record for the fastest selling debut single in British chart history and his current Platinum selling album, Echoes, went straight to number one in the charts. Will has also enjoyed a successful acting career, which saw him appear alongside Dame Judi Dench in the film Mrs Henderson Presents, and it is the combination of these talents which has led him to star in Cabaret. 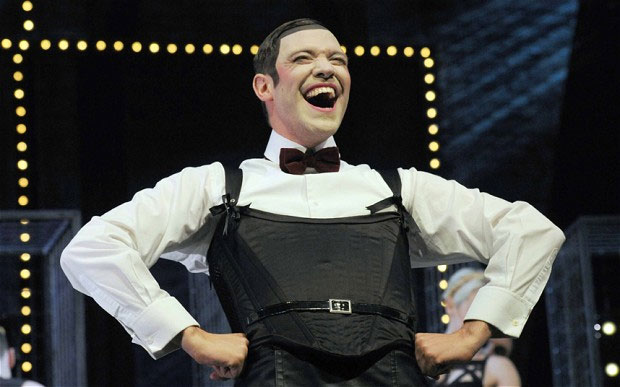 Michelle famously beat a host of Hollywood names to play the title role in the cult US NBC TV show The Bionic Woman. Since then Michelle has appeared in some of Britain's most popular television dramas including Doctor Who, Merlin, Mansfield Park and Jekyll. Her film appearances include a host of contemporary British films such as 4,3,2,1 and later this year Michelle will be starring in several feature films which are due for release. Audiences will also remember Michelle for her gripping performance as Zoe Slater in EastEnders.

Cabaret features show-stopping choreography, dazzling costumes and some of the most iconic songs in musical theatre including Money Makes The World Go Round, Two Ladies, Maybe This Time and of course Cabaret.

Come to the Cabaret - its divine decadence darling!