When a perfectly delightful trip to the countryside takes a turn for the worse, Bertie Wooster is unwittingly called on to play matchmaker – reconciling the affections of his host’s drippy daughter Madeline Bassett with his newt-fancying acquaintance Gussie Fink-Nottle. If Bertie, ably assisted by the ever-dependable Jeeves, can’t pull off the wedding of the season, he’ll be forced to abandon his cherished bachelor status and marry the ghastly girl himself!

Spotlight on the Duke of York's Theatre

The theatre opened in 1892, and was originally called the Trafalgar Square Theatre, but changed its name to The Duke of York’s Theatre in 1894 to honour the future King George V. The theatre is most closely associated with J M Barrie, the author of Peter Pan, which premiered at the Theatre in 1904. Throughout the 1930’s the theatre was home to The Carl Rosa Opera Company and the Ballet Rambert, whilst a meeting in the theatre’s circle bar in 1929 saw the formation of the The Actor’s Union Equity, and to this day a plaque on the wall commemorates this important event. The Royal Court spent several successful seasons at the theatre in the early 1990’s, and returned for their Royal Court Classics Season in 1995, before taking up residence at the theatre in 1996. In its long history, notable stars to have graced the theatre’s boards include Isadora Duncan, Noel Coward, Dirk Bogarde, Kenneth Williams, Sheila Hancock, Celia Johnson, Sir John Geilgud, Glenda Jackson, Al Pacino, Juliet Stevenson, Jeremy Irons, Michael Gambon and Orlando Bloom.

A theatre so rich in history is not without its ghosts; according to our theatre staff, the ghost of Violet Melonette, who ran the theatre with her husband, the original architect, haunts the building to this day! 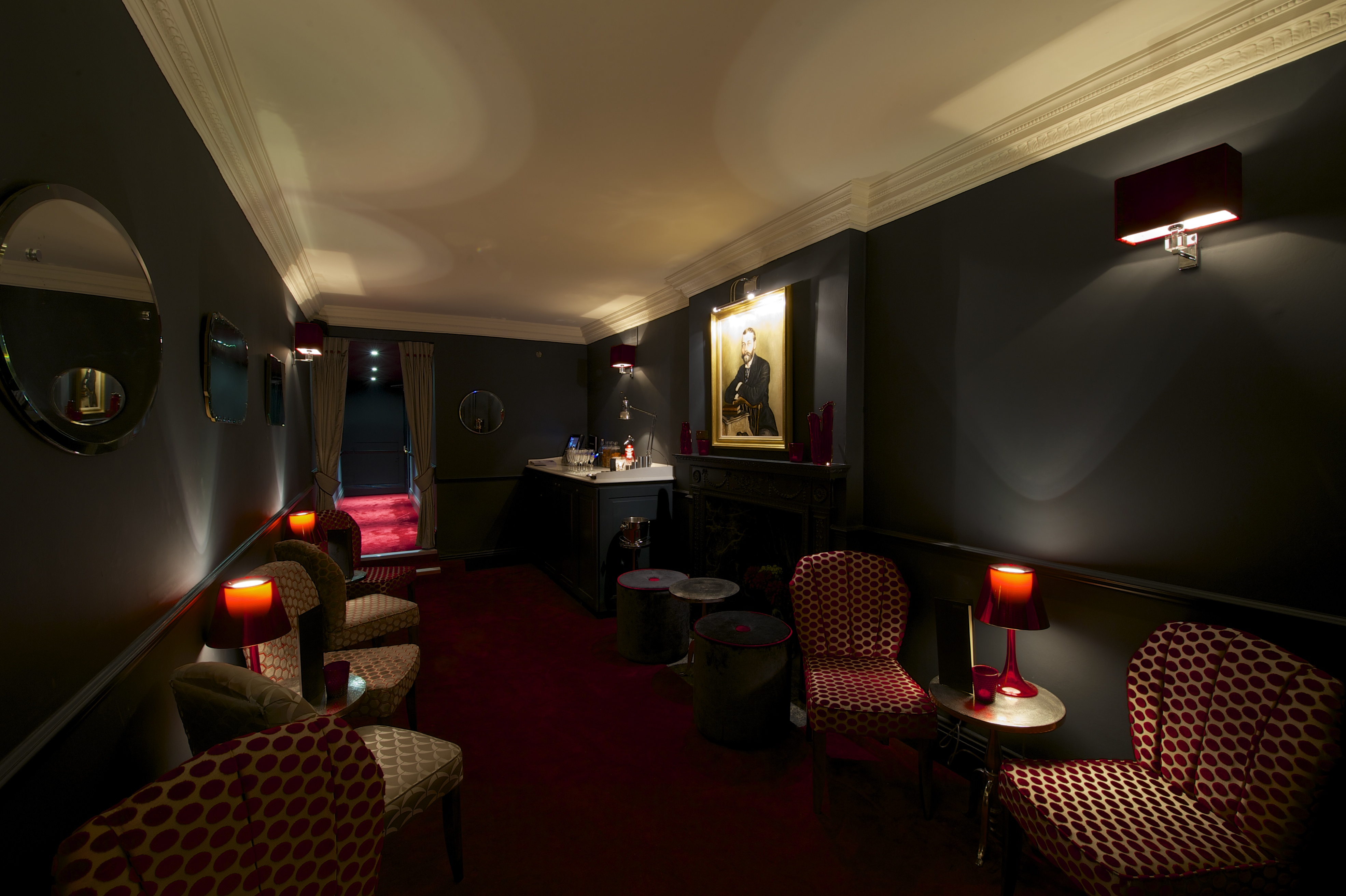 Dedicated to the writer of Peter Pan, which first premiered at the theatre in 1904. This opulent room complete with its own fireplace is perfect for entertaining your guests before the show and during the interval. The room has a capacity for 16 guests and has a private toilet. The facility can also be used for a private meeting during the day.

London Entertains have exclusive hospitality packages available at the theatre.
Contact us for more information.